Trailer from “A Haunting in Poasttown” Documentary by LiveParanormal TV

THE EERIE VOICE welcomes Hillview Manor and it’s Manager/Tour Guide Rachelle Rozzo and Tour Guide Jim Backus. Join us as we dive into the amazing location!

The Lawrence County Home for the Aged, also known as the poor house or poor farm housed the county’s mentally ill, severely destitute, and elderly residents that didn’t have any known family. It was built to replace the aging New Castle City Home and consolidated various small institutions around the county.

The facility opened it’s doors on Tuesday, October 19, 1926. That day, Perry D Snyder, and his wife Mary A Snyder, whom were first elected in March 1913 to serve in respective posts of the New Castle City Home, took up residence in the Lawrence County Home for the Aged. Along with Mr. and Mrs. Snyder, their two children, about 12 staff members, and the first twenty inmates, left the old City home and also took up residence in the Lawrence County Home. A young boy was among these first twenty inmates, although the home did not generally take children. In June of 1944, county welfare officials and the Snyder’s, now in their late seventies, were accused of incompetency at the home. During the hearing the Snyders were retired with pensions, but permitted to stay at the home. By late August, the Snyder’s were given three weeks to vacate the premise. The Snyder’s run of over thirty years of service to the community had ended, and Mantz B. Hogue, the longtime director of the welfare department, took over operations at the home.

The home continued to operate for many years and in the latter half of the 1960’s was remodeled and slowly changed into a skilled nursing center while under supervision of Director Clarence E Covert. By 1970 the home was facing severe overcrowding issues, and Covert became bitter about lack of county support and resigned in January of 1973. In December of 1974 the county decided to add a new section, which is now known as the North Wing, and remodeled some of the existing floors. A new three-story addition including an additional basement floor was to be built. This would allow the home to accommodate another thirty or more residents. A new kitchen and dining room and other occupational rooms were included in the construction. The north wing opened in mid-1977, and after a contest to find a more suitable name for the Lawrence County Home for the Aged, it was renamed as Hill View Manor on March 22, 1977.

Hill View Manor closed it’s doors in 2004 due to financial constraints. Although it seems to sit quietly at the top of the grassy hill above Route 65, evidence of its history remains active. 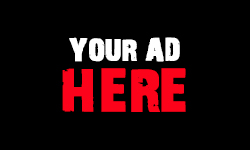